* In case of any delay in receiving the OTP, you may verify it later. Please proceed without verification.

Enter your City name or Pincode

Changanassery is a municipal town in Kottayam district of Kerala. It is located between Kottayam and Thiruvalla. It is also a peaceful place where people belonging to different religions such as Hinduism, Islam and Christianity amicably co-exist. The people of Changanassery are good mannered as well as well known for their hospitality. Changanassery is surrounded by Kottayam, Alappuzha, Kanjirapally and Kumarakom and are the major attractions of Changanassery. All these places have made Changanassery a popular tourist destination and tourists from all parts of the country visit this city throughout the year. 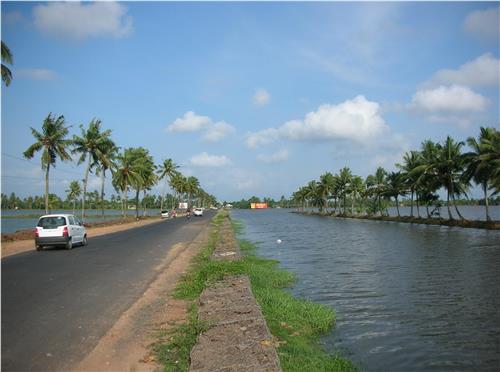 A Brief History of Changanassery

Changanassery was formed in AD 90. It is believed that the town got its name from the place named “Changannattusserry”. Another interesting story is that during the reign of King Udaya Marthanda Varma of Travancore, a Catholic church was built by giving out plots for sowing ‘Changazhy’, ‘Nazhy’, ‘Uri’, ‘Payattupadu’ (Malayalam terms for measuring grains). All these put together formed the ‘Changanasserry’ which was named to that place. It is also said that the place is called Changanasserry which is derived from the name Shamghunadasserry. Some people say that the name is derived from ‘Thenganamsserry’ which is the name of the place ‘Thengana’ which is found in the suburbs of Changanasserry. A market place was formed in 980 AD by the Diwan of Travancore Veluthampy Dalava at the market place of Changanasserry and today it has grown as “Janapath”. A centennial celebration of the place took place in the year 1905 and the people also installed the “Anchu Vilakku” which signifies the ‘unity in diversity’ near the Boat Jetty.

Changanassery is one among the four municipalities of Kottayam district which is surrounded by Paippad in the south, Vazhapally in the North, Thrikkodithanam-Madapally in the East and Paippad- Vazhapally panchayats in the west. It is situated on Latitude 9o N and Longitude 76o E and is 60 Kms from Quilon and the same distance from Cochin.

Changanassery has tropical climate. During summer, it is quite hot and it is moderately cool in winter. The best time to visit Changanassery is from December to February which is the winter season of the town.

Business and Economy of Changanessary

The town is strategically located which helps in the growth of economy. The business has grown due to the coming of traders from Alappuzha, Kottayam and Vazhoor. Main business transaction is on agriculture products and consumer goods. The town also has KSRTC bus depot, railway stations, Boat Jetty, two municipal bus stands, three major bridges and all these help in promoting the business transactions. Various multi-storied buildings, increase in the number of automobiles, departmental stores, jewelers, high standard of the life of the people bears testimony of the prosperity of the town.

Festivals are celebrated in Changanassery with great pomp and show. The important festivals of the city are:
Ekadasi Festival: The prominent festival celebrated in the city is Ekadasi festival which is celebrated on the eleventh day of every lunar fortnight. The Vrichika Ekadasi has special importance.
Utsam or Annual Festival: This is celebrated on the Pushya day in February and March. This festival is for the purification as well as revitalizing the deity’s powers.
Saraswathy Pooja: This festival is celebrated during the last three days of Navaratri as these three days are dedicated to Goddess Saraswathy. This evening is celebrated with great passion as the preparations for Kathakali, Kalaripayattu, Krishnanattam begin on this day.
Some other important festivals celebrated are Mandala Pooja, Vaishakha festival, Thiruvonam, vishu festival and Samkrama festival.

Changanassery also has many tourist places which attract people from across the world. Some of the important tourist places in and near Changanaserry are:

How to Reach Changanassery 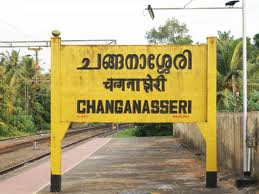 Utilities and Services in Changanasserry

Changanasserry is a municipal town that is located between Kottayam and Thiruvalla. The town is strategically located which results in the growth of economy. The town also has various utilities that are needed for the people to live peacefully. All these results in the promotion of business and economy of the town. Let’s see here the public utilities that are available in the Changanaasserry town.

Comments / Discussion Board - About Changanassery